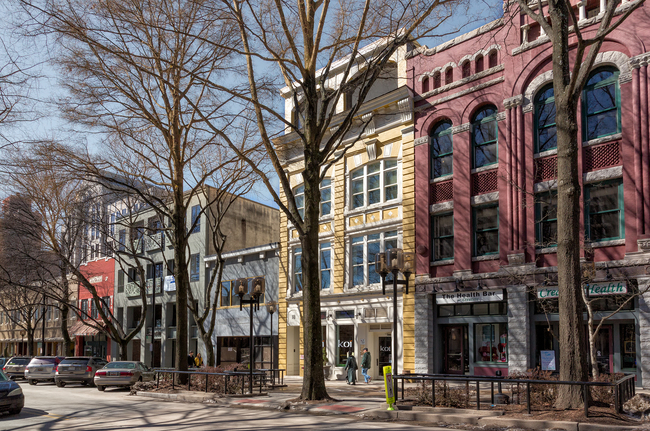 This winter view shows the polished restoration typifying Greenville’s downtown re-development completed within the last decade or so. In the 1970s this street had four lanes and its storefront retail was in decline and supported no nightlife. Today, reduction to two lanes accommodates free parking and regular bump-outs for well-groomed micro-parks with trees, benches, and shrubs. Later on this winter day, the sidewalks filled with people and the shops and restaurants were busy. The Greenville city center is not the work of any invisible unregulated hand of the real-estate market. It’s the product of pre-visualizing leadership and lots of money, private and public. The streets are confections.

In this brief visit I found no real contradiction to the southern cultural norms of my upbringing. With its amped-up protestant religiosity and plenty of misty Dixie nostalgia, Greenville is a more recent expression of the New South of go-go business and development. These public ways are of a human scale, the streets are clean, the shops are nice, and the rental properties above the shops are expensive. 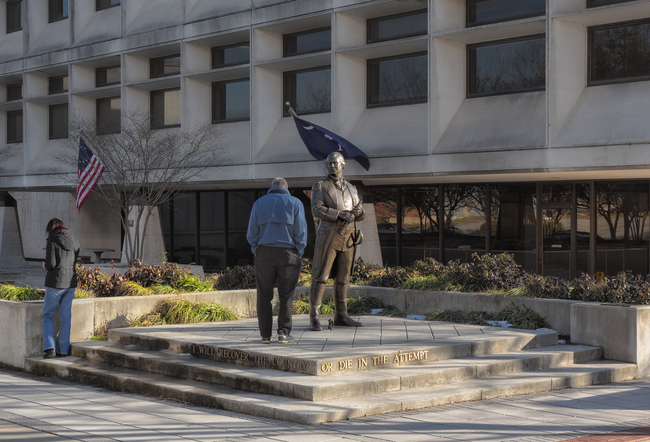 One of several new bronze memorials in Greenville, this commemorates Revolutionary War hero, General Nathaniel Green, after whom the city was named. The quotation selected for this platform seems to be consistent with today’s insurgent Tea Party language. 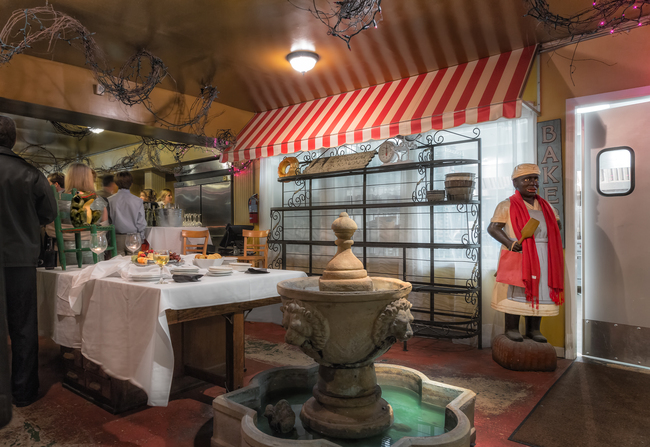 A Greenville, South Carolina eatery in the recently redeveloped downtown. The restaurant is slightly below street level and there are no windows in the dining area to the rear. My first thought on entering was that this must be a black-owned establishment whose proprietor collected old racist memorabilia. But no.