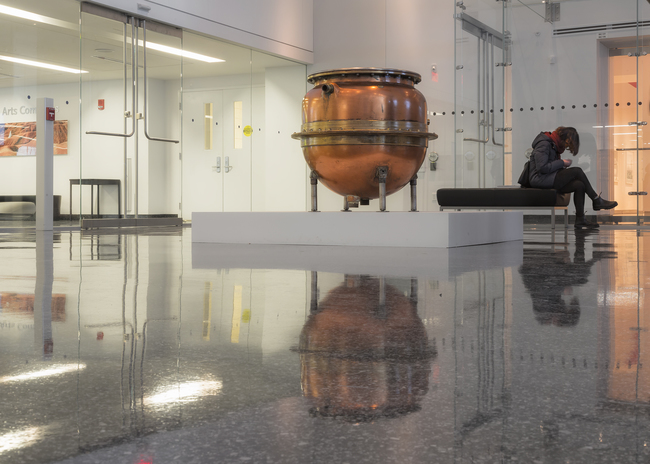 The death of photographic film was an event that spread over years sufficient in number to obscure its social and industrial rupture in history. And, digital photography arrived the way progress arrives or the way a child grows to maturity – well remarked, observed and reviewed. In less time than it took for Americans to learn to dip their bread in olive oil, we were reaching for digital devices to make photographs.

But surely somewhere, when an entire industry so thoroughly ubiquitous as film-based photography, implodes, the event will scar the surface of our planet, dislocate populations, and realign fortunes. The Canadian artist and educator, Bob Burley had the insight to know this ahead of time. His research and his photographs trace the realities that attended the active removal of film-based photography. His images record the physical incisions to the former business as usual. This is the subject of Burley’s book and exhibition at Ryerson University, “The Disappearance of Darkness.” Photographers would be wise to own and keep this volume as a reminder of how revolutions can move around and through a population without arousing too much popular concern.

Also at the Ryerson Image Centre through April 2014, Ryerson professor David Harris has curated a wonderfully sly coincident exhibit of the work of photographer Phil Bergerson “Emblems and Remnants of the American Dream.” Viewing both exhibits back to back will render a larger overarching theme – something about the march of time…

It occurs to me that having lived in or near Rochester New York for 35 years, I’ve never heard a Kodak CEO utter anything approximating, “Oops!”

In which an artist makes use of the boundless disruptions to the medium formerly known as photography. I made the above photographs at the opening reception for The New Suburb: Landmarks featuring work by Robert Burley on view at... Continue →