There are such things. If you have been archiving snapshots for the last ten or fifteen years, then you too may possess picture files from the dawning of this medium. Dawn for me was 1995 with a brief loan of an Apple QuickTake, extending to 1998 with regular access to a series of early Kodak consumer cameras with price tags hovering around $1,000 and capturing from 1 to 1.5 megapixel images.

In 2001 George Eastman House acquired the Kodak DCS 660; it looked like a Nikon SLR and it was the museum’s first professional digital camera. Retailing at $7,200 (down from an introductory $32,000) it had a 6 megapixel chip, but more significant, the camera was capable of recording a “raw” file. This is important because raw image files contain the complete dump of sampled image information acquired at the moment of exposure. In this respect it is rather like the negative of the old analog photo-chemical process. And like the negative, the raw file allowed for correction of color balance, adjustment of over or under exposure, and even adjustments to contrast to reveal details of shadows or highlights.

Today, I revisit images of Roman baths in England from eleven years ago made with my wee 5 megapixel Canon point-and-shoot, my first affordable, raw-capable camera. In 2003, with little skill in digital post-production I could produce post-card prints from the office printer but only imagine a future when the photographs could be lovingly rendered with a little more skill and affordable tools. 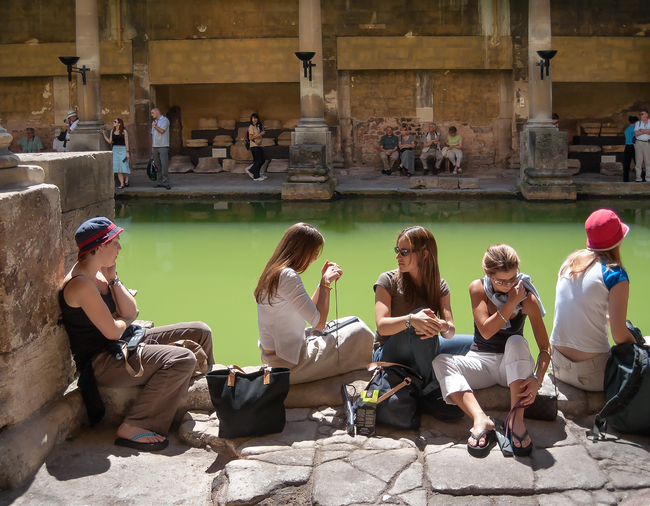 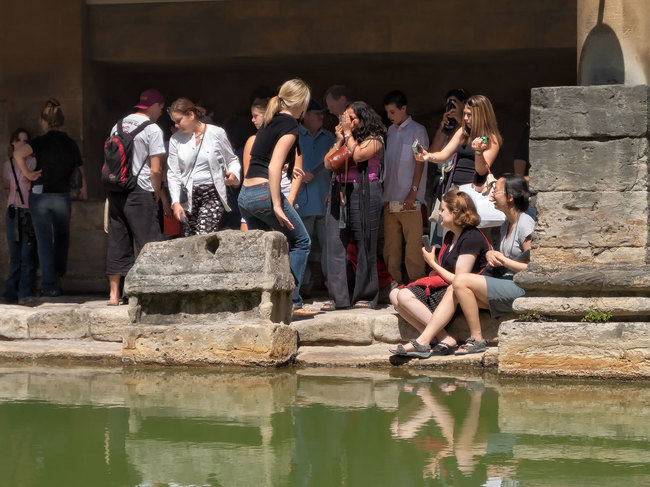 Below is an uncorrected JPEG from the original raw digital file of the top image to illustrate the work of digital post-production. Included with the other defects of color and luminance you can see purple fringing in the reflected sunlight on a stone floor in the foreground. # 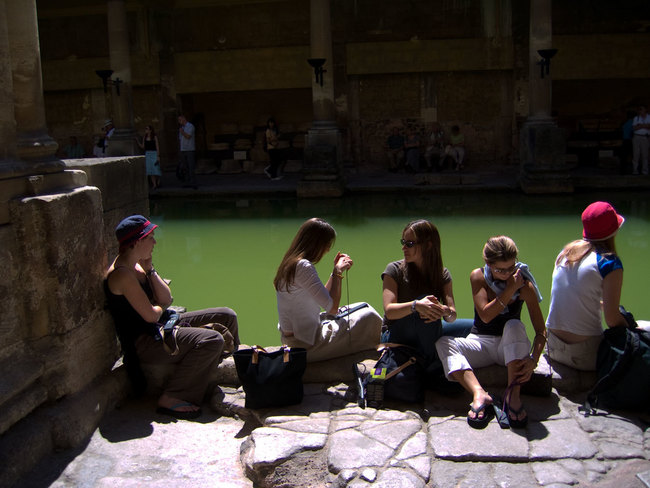