Further speculation on the digital scanning of historic negatives, another arena in which new tools address old jobs. And why we may want to look for revealing new interpretations of old photographs. #

My previous post over-celebrated the untapped shadow detail of old negatives. I feared that this could be understood to reference merely enumerative information that may dwell there – figures, forms, and fixtures, ie: “Note the method by which wooden beams are lashed in the scaffolding used in the construction of the Empire State Building…” That’s great stuff, but the recovery of imagery from old negatives may reveal less effable content as well. 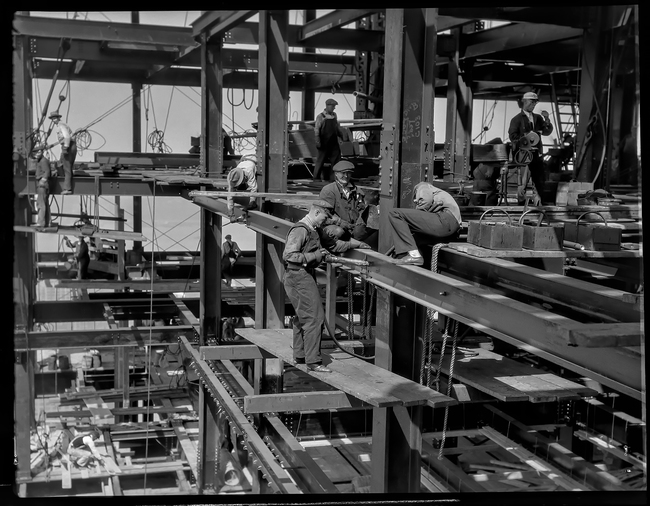 This photograph is derived from a 1,200 dpi scan of its original 4x5 inch diacetate film negative. The image is part of Lewis Hine’s series on the construction of the Empire State Building and shows riveters and other construction workers circa 1931. Post processing included some scratch/stain removal, selective curve adjustment, and noise reduction. #

Having spent much of my career with the interpretation of photographs, I am accustomed to the intense connoisseurship that supports appreciation of fine art photography. My colleagues are familiar with the gallery-speak so often caricatured as merchandizing intended to swell expectations for flat rectangles that neither move nor speak. It is easy to mock language that reaches for the ineffable. Yet it is not unreasonable to expect a photographic print to be a venue for pure lyricism. If an image has aroused emotion it has likely offered references that are gross or subtle or both. Today the subtle stuff is easier than it ever was in the days of darkroom chemistry. 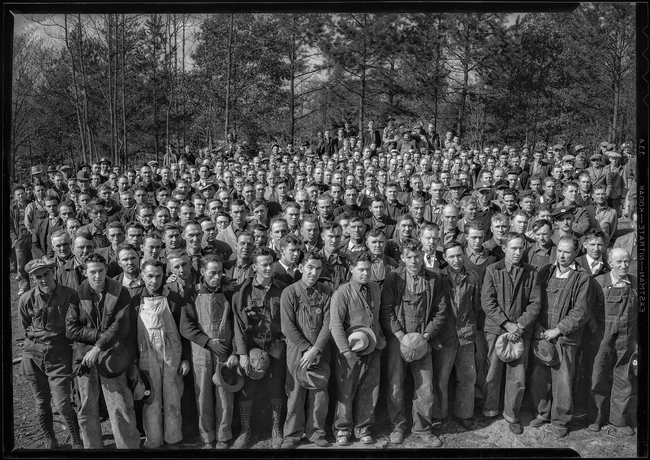 Workers at Norris Dam construction camp site during the noon hour, November 9,1933. I derived this photograph from a 1200 dpi scan of its original 5x7 inch nitrocellulose negative. The image is part of Hine’s series “Tennessee Valley Authority Project.” Post processing included some scratch/stain removal and selective curve adjustment. In a browser, you should be able to enlarge these images by double clicking on them. #

The photographic print is an interpretation of its negative. As Ansel Adams noted, the print is the performance; the negative is the score. And for works aspiring to musical sensation there are technical attributes of negative and print that we may control. Subtle image content of surface, texture, or atmosphere may provide less inventory – but more experience. In a digital scan – throughout the range of a negative’s luminosity, in the finest particulars of any shade, there are millions of wee ratios that give us the apparent surface of things or the atmosphere that surrounds them. These “data” in aggregate, act upon us in that moment of emotional response. When a negative is digitally scanned at high resolution, all of this is rendered as millions of microscopic relationships expressed as numbers that may now be very very easily made to reveal conditions of the subject not apparent in the one-light print of the old darkroom.

Photoshop need not be a sledgehammer; to give but one of thousands of examples: its computational power may be used to delicately nudge pixels of a certain value so that they cause their neighboring picture elements to be more apparent. If you are a photographer who practiced in decades past, you likely remember the procedure for rendering subtle qualities of tonality and texture: it involved floating a sheet of photosensitive paper in a tray of warm chemical fluid, and from time to time, poking it with a stick. We had control, but not that much control.

Here below are my digital approximations of simple contact proof prints of Hine’s original negatives. # 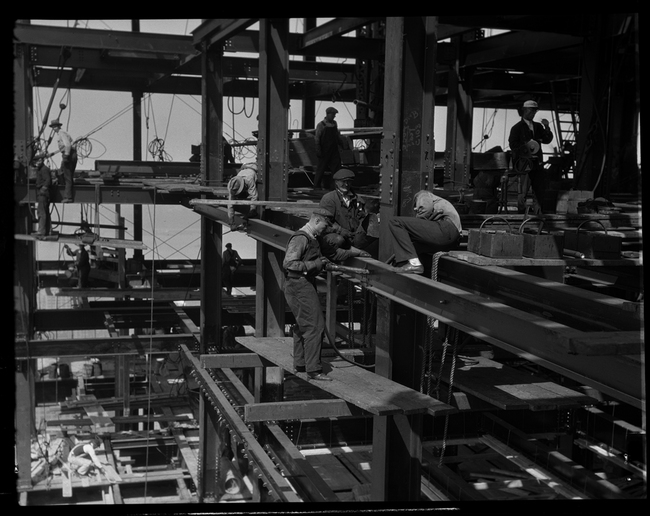 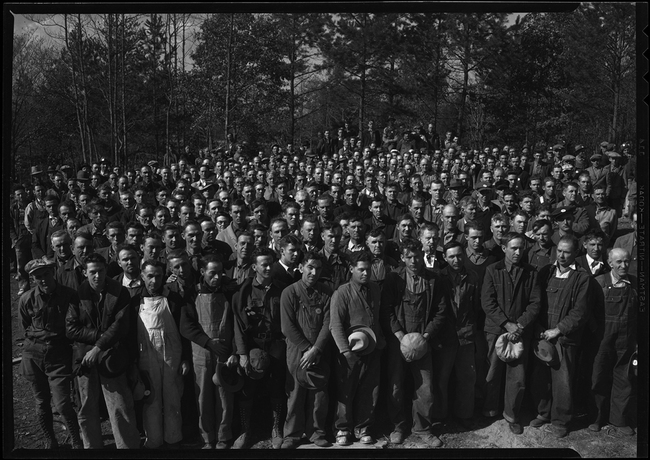 In which an artist makes use of the boundless disruptions to the medium formerly known as photography. I made the above photographs at the opening reception for The New Suburb: Landmarks featuring work by Robert Burley on view at... Continue →