In which an artist makes use of the boundless disruptions to the medium formerly known as photography. 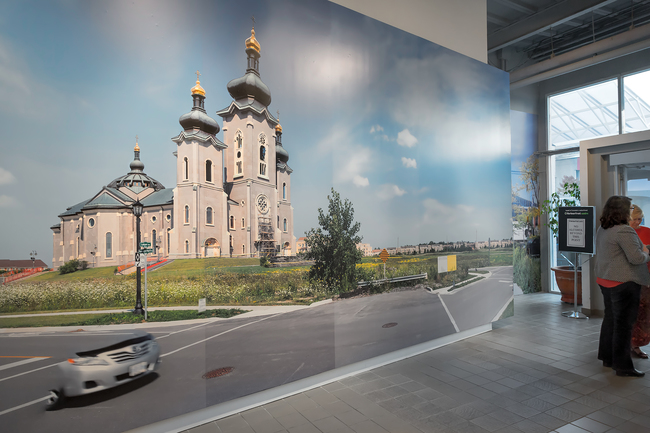 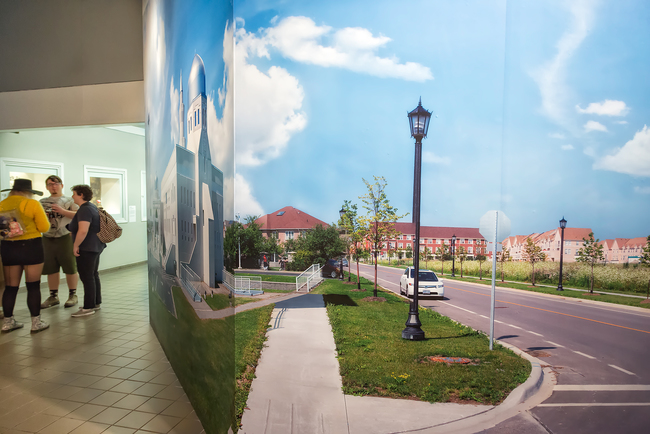 I made the above photographs at the opening reception for The New Suburb: Landmarks featuring work by Robert Burley on view at Harbourfront Centre, Toronto through December 28, 2014. #

Are you one of those people taking some pleasure in watching photography? I do not mean just looking at photographs. I mean observing the expanding role of the entire photographic machine. Seeing the increasing spread of photography’s application in culture, science, industry, and commerce – every cranny of society. The medium’s mission creep begins in the evolution of photography’s instrument, the camera, and also in the artificial intelligence that enfolds it. Again and again photography’s new powers enlarge its domain. Take cartography for example. Photography has been a mapmaker’s tool for over a century, but today cartography and photography are so interpenetrated that there are few clear lines of separation.

If my smart phone is a motion sensor, a compass, a GPS unit, and a camera, then every photograph I take is logged as a location on the surface of the planet. Enlarging these tools to an industrial scale has already provided us with Google Earth and profoundly altered our practices of way finding. As a result, millions of us routinely view robotically produced photographic views of our planet’s surface. Such imagery shows evidence of its mechanized creation with oddly stitched robo-smears of roadside or landscape – a surreal privilege for all who spend time inside Google Street view. Those of us who use such tools are familiar with these algorithmically extruded roads lined in the veneer of photographic authority.

The contemporary artist who is acutely aware of this is Toronto photographer Robert Burley, and he is using the medium to elucidate its own expanding utility. His current exhibition at Toronto’s Harbourfront Center is titled The New Suburb: Landmarks. And that is exactly the subject of the exhibit (Extraordinarily appropriate in the home town of Jane Jacobs and Richard Florida) But I am prompted to write this blog post by the sheer spot-on rightness of Burley’s giant vinyl renderings of photo-cartographia. I’ve been visiting Toronto for decades and had no idea that such places existed. How appropriate that my introduction to these locations included canny architectural studies with echoes of search engine.